Your browser is not supported. Please update it.
Website by GolfWorking

“Harris boasts the most unusual ‘19th hole’ in Britain!”

It is no ordinary clubhouse – this clubhouse is underground.

Former Club Captain, Willie Fulton explained “We were looking for some kind of facility we could bury underground, hiding it on the course and found a 40-foot shipping container and set about trying to acquire it.”

The container, after negotiations, was kindly donated to the Club. It just so happened builders were working on Rodel Hotel at the time and for a very modest sum they agreed to move the container into place and fit it out with windows, toilets and a lounge.

Members lovingly nicknamed the unit ‘The Bunker’ and during a visit to Harris, Ronan Rafferty, the Irish professional golfer officially opened the new clubhouse.

In 2008, under the guidance of Hugh Maclean, Captain, The Bunker had two new wings added enabling the lounge to be extended as well as providing storage and new toilet facilities. 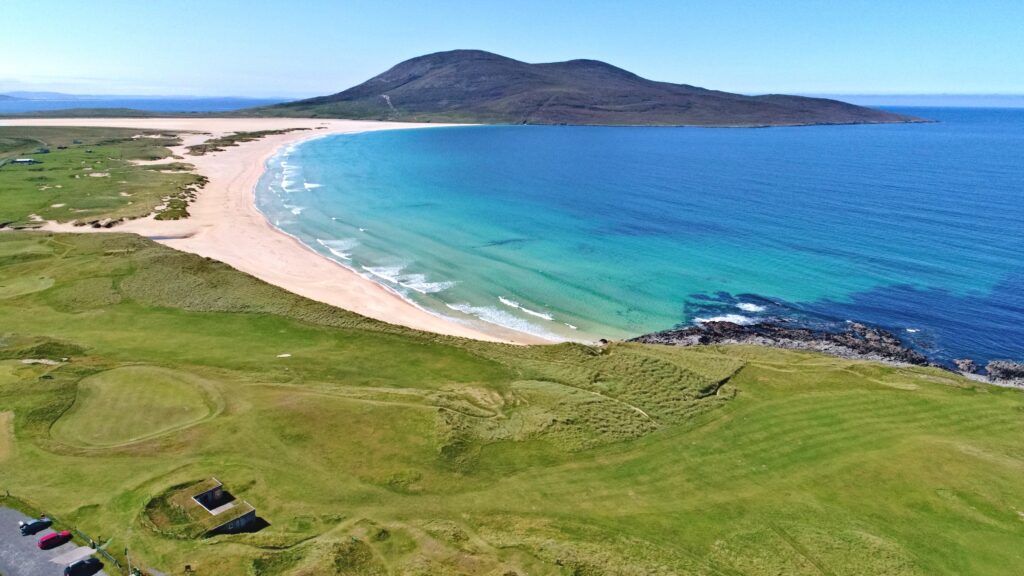 The Isle of Harris 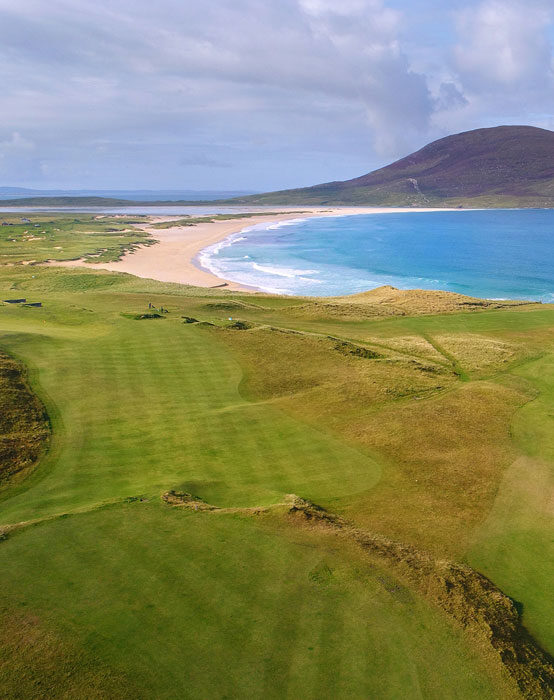 Welcome to our online shop offering our exclusive Isle of Harris Golf Club merchandise. If you see a product you like but the size/colour you want isn't available please drop us a line to: [email protected] as we can normally get it ordered for you Dismiss